Spider-Man has come to be a fan favourite comic book character ever since he shot to fame with the release of his Marvel movies. He got a totally new reboot with The Amazing Spider-Man movie which ranked pretty well on the box office and garnered all sorts of positive reviews. Loosely adapted upon the movie is a game called you guessed it, The Amazing Spider-Man. Developed by Beenox and published by Activision, the game puts the player into the role of the friendly neighbourhood web crawling super hero. The game also has move control features to add that realistic feeling of webbing across New York as you sit and move from the comfort from your home.

The load times are just too long and the player will have to wait ages to take control of the spider. Vast city makes it a great place to explore and collect all sorts of c

omics. The in-game Twitter is poorly done. The upgrades are pretty cool and collecting XP to level up is so worth it as it is really engaging. Plus the map is ever so helpful and will help you to find anything and everything sprawled out in the city.

The city for one isn’t beautiful rather it has a boxy finish to it which makes it look drab most of the time. Spider-Man though looks amazing and so do other characters that are rendered very well. Even battle damaged Spidey looks great. The stiff animations at times are obvious and slow the beauty of the game down but only a bit. There are loads of repetitive visuals that bog the screen and crowd it stealing away the one factor that each game should have which is uniqueness.

The movie actors are not present here which is somewhat of a delight. The whole cast of The Amazing Sp 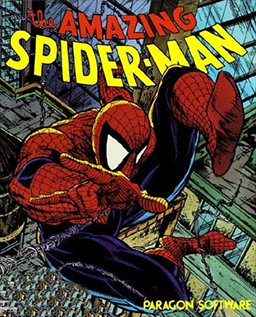 iderman has wonderful voice acting which fits each scene. The soundtrack on a whole is forgettable and does nothing to create a long lasting impact on the player. Sound effects are well placed throughout the environments and the game.

The whole idea of Spiderman is to swing around kicking baddies to a pulp and this game does that pretty well. The swinging, fighting and stealthy parts of the game are all enjoyable but when these things become repetitive and are being forced on to the player, it becomes cheap and boring. Tasks seem to loop over and over again and the boss fights just don’t have that familiar buzz and challenge that a boss would. Don’t get me wrong, the boss fights some of them anyway look really great. Spidey’s keen sense of humour is a nice touch and does not get cheesy. It has a nice mix of combat as well as stealth. The indoor missions limit the player but the outdoor ones are just plain fun.

All in all The Amazing Spider-Man is a great stand alone game and does a brilliant job of portraying the web-slinger at his best moments.