Going to the gym can be quite a pain and an exercise in itself which leaves most of us sitting at our homes in the lap of luxury while we gorge on snacks to gain that extra pound. To battle this conundrum Nintendo decided to develop a game that allowed the player to exercise from the comfort of his home and sweat away all that excess fat while keeping it a fun and entertaining effort. And thus there came along the famous Wii Fit that propelled fitness games into the mainstream. Now in an effort to revive those flaccid muscles, Nintendo launched Wii Fit Plus.

Building upon its predecessor, Wii Fit Plus employs new tactics to keep the fun going 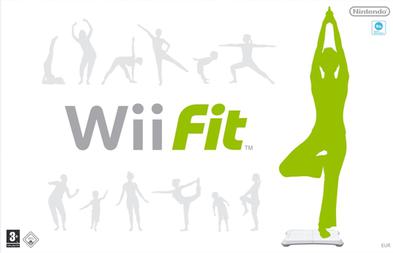 Wii Fit Plus has a healthy set of exercises that test the player at every point and helps him build a proper body. A balanced set of board games can prove to be fun to run through and give the player a nice challenge to overcome. Every single routine from the original game along with some new features make the player’s exercise routine come alive. There is a calorie counter that also allows the player to keep a track of burning calories. The BMI (Body Mass Index) is flawed though.

Graphics are kept to a minimum as usual though there is a bit of polish added to it. This has been done deliberately to keep the player’s mind off the visuals and in the exercise routines but can become dull and boring after sometime which fails to attract the player. Overall the presentation is a bit boring and too simple losing out on visual appeal.

Audio and sound effects are also kept simple with a quirky soundtrack to keep the player awake at all times. Dialogues and instructions from on screen trainers are brilliant though they tend to get repetitive at time which can be frustrating. There aren’t many sounds to really comment upon within the game as it follows a lighter tone. The new addition of the balance board is nice but often enough it suffers from response related problems. The player can create his own workout routines to stick to which is pretty neat. There are plenty of new and improved balance games that will keep the player begging for more as he completes one task ready to jump to another. The drawback is that the user routines are fixed to yoga and muscle activities which can be dull. Most of the new features are cool to run through but some of them are a bit less appealing like the Obstacle course which is let down by the sluggish movement of the balance board. Multiple players can take turns and play without having to reselect and restart.

Wii Fit Plus certainly puts a new spin on exercise routines and provides the player with loads of entertainment. It’s too bad that it only has nine multiplayer games and no leaderboards for an added challenge. Other than that it is a great game to possess.